Ad blocker detected: Our website is made possible by displaying online advertisements to our visitors. Please consider supporting us by disabling your ad blocker on our website. 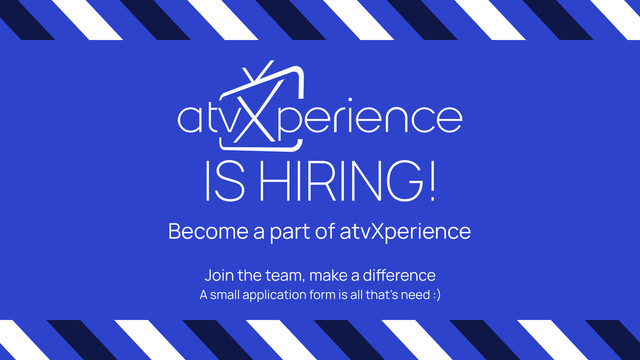 [ANNOUNCEMENT] We're back! (sort of)

Section for discussions about the project. Hear directly from Admins and Moderators.
Post Reply
64 posts

[ANNOUNCEMENT] We're back! (sort of)

I know you must be wanting to know where we have been for so many months and why the development of atvXperience v3 was stopped, and let me tell you,

The reasons for the half-hearted v3 release were
1. My exams, I couldn't just find time to give to the project.
2. Our team breaking, We're past that but it did affect us in the initial weeks (Talk about stress, bah) but we're cool with the other members that left, I hope they're doing fine too. We're glad to have Vadim on our side now, He was working religiously for v3 release but we couldn't do anything with the resources we had, mainly the 8.0 sdk
3. Android 8.0 sdk, it was an abomination, the lowest point humanity can reach and devour the thinking like a brain dead Zombie. Anyways, enough ranting, but you get the point. There was no v3 for all chipsets because the v3 was 8.0 and 8.0 wasn't a very bright kid.

download.jpg
Now, coming back on the track, we've finally come out of our hiding zones to give you some good news. We'll be working on the 9.0 for S905X, S905W, S912 and S905X2, that's a lot of chipsets, innit?
S905W is almost ready and before you ask, NO BUGS!
I still have my exams going on, feels like my whole life is just a big exam, oh wait, it is!

We have all the resources now and it shouldn't take long, I know but the thing is,
I'm a slowpoke when it comes to ROM releasing. I never want to release half-baked roms and that's the reason v3 came to a halt and v3 for S905X was NOT a success.

I hope you understand what I'm saying because if you aren't, you don't speak English I guess

and I won't get you hyped for v4 just yet, no, not after v3, I won't. The only way you're gonna get hyped is when you boot it for the first time and it's gonna be LIT MY BRO!
You do not have the required permissions to view the files attached to this post.
BE NICE, BE RESPECTFUL
RESPECT THE MODERATORS
PM ONLY WHEN IMPORTANT
ENJOY! My Devices:
X96 Mini, A95X Pro, H96 Pro Stick, A95X Max
Top

First get your exams ready... May the force be with you!!!

congratulations for the great work!
Greetings from Brazil
Top

Appreciate all the work you guys are doing! Can't wait to test this out on my S912 Beelink GT1 box. Thanks!
Top

No worries. Take the time to do it right. I love the fact that you made a much better ROM to replace the one that MyGica had for my box. I know the next ROM will be even better.
Top
Post Reply
64 posts